Many conversations in the Six these last few weeks included a four letter word that starts with “b”. BALL. Basketball, to be specific. Thank you, Raptors.  But, the basketball I […]

Many conversations in the Six these last few weeks included a four letter word that starts with “b”. BALL. Basketball, to be specific. Thank you, Raptors.  But, the basketball I mention here is on a smaller scale. One where the players are less than five feet tall and their ages are in single digits. Drake is not on the sidelines cheering, and the “stadium” they play in is a little humbler, often on side streets or playgrounds in our city.

Even so, using four letter words, as you might imagine, can get you into trouble. As it did with me earlier this week. Somewhere, a little boy in Toronto is not going to be very happy with me because his father isn’t going to get him the basketball net he’s been asking for. I’m the reason why.

This week I had the pleasure of speaking at an event called The Future of Cities hosted by EnsembleCo about the “human side” of cities – something I’m madly passionate about. It’s a prominent topic these days as our skyline continues to ascend and generate criticism that developers aren’t building to a “human” scale or giving enough consideration to the way people live. 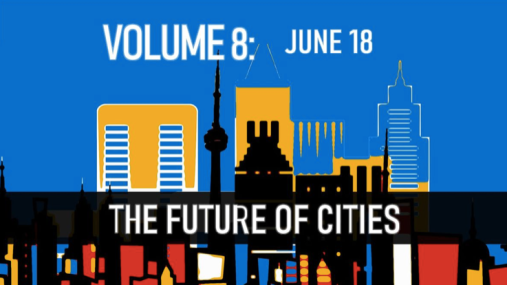 A simple example can be seen in our own company, Tridel, which we often say “delivers lifestyle, not bricks and mortar”.  While the definition of lifestyle is shifting—the number one amenity we put in to our communities these days, is wifi—our connection to technology is not the only type of connection that matters. And that’s where basketball enters the equation.

The social, shared spaces outside your home, where anyone can go matter a great deal, because it turns out that the more we huddle together in the core of our city, the lonelier we actually become. Think about your last elevator ride. Were you talking to anyone?

While everyone needs space, peace & quiet and boundaries, too much of anything can be a bad thing. Studies show that loneliness has the same effect as smoking 15 cigarettes a day and seniors who suffer from isolation are three times more likely to develop Alzheimer’s. Maybe that’s why the United Kingdom is implementing a Minister of Loneliness.

Social capital is something that has to be designed into our communities from the beginning. Many people don’t get that or they take it for granted, until it hits closer to home.

When my family lived in a condo that shared the amenities of a public school (when not in use). It turned out that living in a more dense, urban environment, meant I had a better relationship with my neighbourhood and my city.  It also meant having a better relationship with my kids – because having a schoolyard as my backyard meant that we went out together -I was more present. That was a real “a-ha moment”. 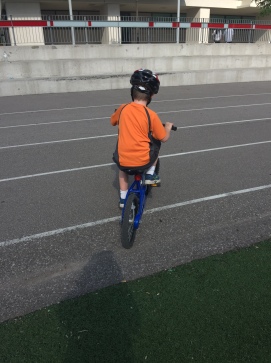 There were other perks—the shared spaces meant that my kids learned to ride their bikes safely on the school track with no traffic around. And they quickly and easily met  other kids who were playing soccer, football, running and playing.

In sharp contrast, every third driveway on the street where I live now, has its own basketball net with kids playing alone rather than with each other, depriving them of basic opportunities and skills – like introducing themselves and building relationships with new people.  I spoke about this at The Future of Cities event…sorry kid, that’s why your Dad’s not getting you a basketball net.

It starts small – but if you think of making friends in a grander sense – it’s an important skill to learn. And one that we need to continue to instill in our next generation. The success of our city depends on it. Openness has become our DNA in Toronto, and it allows for successful integration of immigrants into our city, which in turn drives our economic success.

We live and work in a competitive market. We’re the second most expensive city in Canada and there are financial constraints in our industry which make it difficult to create sellable, shareable space. But we’re going to have to figure it out, because clearly it has a strong impact. It’s something that Tridel committed to working on from our end, but it will take all of us to make it work.

If the above seems grandiose or idealistic, and you can’t figure out what it has to do with you…just think of your next elevator ride. Buildings are getting taller so elevator rides will get longer. It might be nice, don’t you think, to have some one you can share it with and talk to?