Today the word condominium (condo) is part of every day language (especially at Tridel), but that wasn’t always the case. Like most new things, there was some initial discomfort and uncertainty when the condominium concept was first introduced.

As we celebrate 50 years of the Condo Act, now is a good time to pause and reflect on how condominiums came to be.

When the provincial Condo Act was first registered, in 1968, people received title to each condominium “unit”. While they were sold as individual homes—there was the added element of

The condo concept had great appeal for developers, who could now add density to land, but perhaps what was most appealing to all, was the fact that condominiums enabled a huge shift toward affordability. Even so, buyers were nervous and lawyers themselves didn’t fully understand the concept, even though it was working well in other parts of the world.

The roots of condominium living trace back to 1881, when the first eight-unit multifamily home was built in New York City. It wasn’t until the mid 20th century that a legal framework would be put into place permitting the “floodgates to open.”

It instills great pride in people to be recognized as the “first.” But is it really of the utmost importance? Is it possible to overcome first mover advantage? Tridel is a perfect example that you can.

According to the authors of The 22 Immutable Laws of Marketing, Al Ries and Jack Trout, “firsts” are generally more memorable if the product is good, or if it’s something people truly need. Being first does give you a big advantage – but it doesn’t always guarantee success. (Fortunately, in the two examples above of Minto and Rockport, it did result in success.) And being first doesn’t always create a brand that is top of mind in your market.

[/caption]As Ries and Trout state, in the event you’re not first, it’s not about convincing customers you have a better product or service. It’s about creating a new category that you can be first in. When you’re the first in a new category, you have no competition.

That’s where 22 Laws explains that being first truly matters. The leading brand in a category often comes to mind first. And generally, it’s not the first to market. Think Hertz rent a car, IBM computers and Coca Cola. None of them were first.

So, while Tridel may not have created the first condominium in Canada, Ontario or Toronto, we were the first in creating a new category. Lifestyle. The first to put in hardwood flooring… and swimming pools… and party rooms. The first to demonstrate that we don’t just care where people live, we care how they live. And that category, that differentiation is what people began to know us for. And what people continue to know us for today. It is what keeps us top of mind when people think the word “condo.” When they think the word “Tridel.” 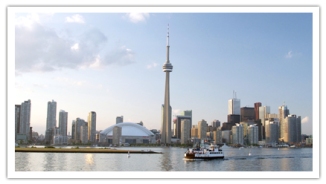 And that type of first is something to be incredibly proud of.

And so. 50 years later, we wish a very Happy Anniversary to the passing of the Condominium Act!

Let’s see what new categories and “firsts” arise over the next fifty years. As we continue to work at a faster pace in a world that is exceedingly crowded, there are still unknown opportunities that come our way. And in my mind, there is no company better equipped to seize them, than Tridel.