Skip to content
Opportunities of a city builder
City building

Opportunities of a city builder

Contrary to the “senior’s moments” aka memory lapse that more of us seem to be suffering from these days, we often have another cognitive impairment that’s quite the contrary. I […]

Contrary to the “senior’s moments” aka memory lapse that more of us seem to be suffering from these days, we often have another cognitive impairment that’s quite the contrary. I like to refer to it as memory “magnitude.” It’s where we hear, read or think about something that seems impossible to get out of our head, despite how hard we try. My theory is that there’s often good reason for the persistence.

Personally , I’m experiencing memory “magnitude” based on something I read a couple of months ago. It was the simple, but easily forgotten statement and fact that “Talent is universal, opportunity is not.”

And while this particular context was regarding domestic poverty within the States and “losing the lottery at birth,” the concept of opportunity and the responsibilities that it includes, lingered with me long after (and continues to do so.)

There’s possibly, nothing more critical to our wellbeing and opportunity, than the environment in which we are brought up in. Our home, our community, our society, and to a larger scale our city, shape who we are able to become. And as a city builder, the thought forced me to look inward at the opportunities that we ourselves have, when we contribute to such an endeavour.

We have an opportunity to make a difference in peoples lives. We build places that you rely on. And rather than the tired but telling “live/work/play” concept, I think it’s primarily, about considering people and how they want to live. It’s about the minutia… the place you take a shower, cook a meal, study for exams, park your bike, charge your car, hop on transit, drop your kids off at daycare and visit aging relatives.

Yet, it’s also about the big picture. It’s about the opportunity to get it right and deliver homes and communities that would be difficult, if not near impossible to do without. The end goal always about building in sustainable and productive ways that promote local economic development for each community we become a part of our greater city.

But we can’t do it alone. The fact is that we may be left with no skilled labourers, trades and crafts(wo)men to help us build the city we strive to become.

Canada has as many as a quarter of a million construction workers retiring this decade. Skilled trades are among the top 10 jobs with most difficult to find employees. In fact, skilled trades vacancies are the hardest jobs to fill worldwide.

According to a recent Hay’s report earlier this month, as baby boomers retire or reach senior management, they are leaving a skills gap that can’t be filled with the current workforce. The Conference Board of Canada predicts that by 2021 one million skilled workers will be in need. There are additional myths  that also exacerbate the issue. Take for instance the fact that Canadian parents continue nudge their children toward white collar jobs.  Or that construction is a “boys club.” This requires changing the current mindset and having an industry that thinks differently about who they’re able to attract.

How can we deliver a “world-class city” with studies indicating a trend of more Canadians opting for the urban lifestyle  in the future with no-one to help build it? The trends are similar globally, with over half (54%) of the world’s population now living in urban areas, with the expectation of increasing to 66% by 2050. The fact is that our city and it’s infrastructure rely on a skilled workforce that we quite frankly, are running out of.

The best example that comes to mind of an initiative that addresses both of these needs in our industry is B.O.L.T. Building Opportunities for Life Today. It was started by Tridel in 2009, the seeds of which started with Tridel’s partnership with the Children’s Aid Foundation and the Children’s Aid Society, for funding geared toward young people who had “talent” but limited “opportunity” to careers in construction.

Perception by many is that  “as society, we fail these people, before they fail us” and theres a need to demand better choices, from people and from politicians in terms of providing opportunity to those that aren’t naturally afforded them.  According to Joanne Bin, Executive Director at B.O.L.T., our government has in fact, stepped up, offering  both federal and provincial incentives for youth as well as employers to encourage the participation in construction industry. According to Bin, B.O.L.T. is essentially “the community, government and industry working together and is a great model for other industries.” 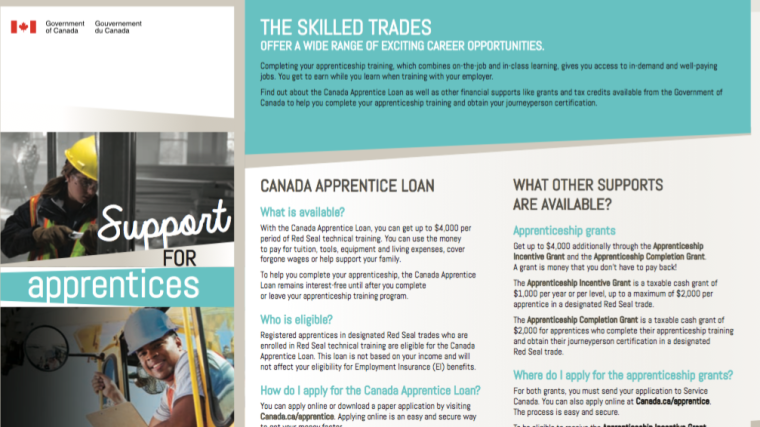 B.O.L.T has grown quite a bit since its early days, and partnerships have expanded to include Toronto District School Board, Toronto Community Housing,  Hammer Heads, George Brown College, Humber College , City of Toronto’s Partnership to Enhance Youth Employment, Pathways to education, Centennial College and even financial institutions such as RBC. B.O.L.T.  and it partners have raised over $1,000,000 and provided over 175 scholarships. 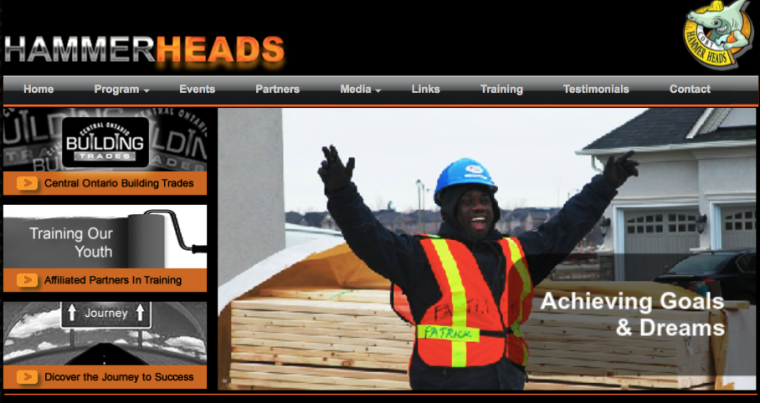 For many, the initial exposure into a construction site and post secondary education show people that there’s much more to than what they originally considered regarding careers in construction and architecture. A Scholarship and meaningful connections are critical to giving these youth a head start to achieving a secure future. 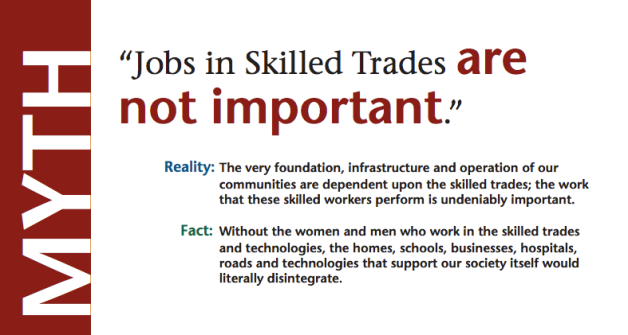 But it’s just that. A start. And to make reference once again to the fore mentioned article,  “We’re not all of the answer but we’re part of it.” We need to continue to have the conversation in order to discover the opportunities that we’re able to share with others, for the good of our industry and for the city as a whole.  And that is perhaps, the biggest opportunity of a city builder. And one that we look forward to growing even further in 2017. Ask yourself what opportunities you too, can offer to others in the year ahead.